Ranging from the Baroque era to the 20th century, from Henry Purcell to Leonard Bernstein, this gathering of gems from Wynton’s classical albums will surely tempt you to acquire the original CDs. The album also includes a moving, previously unreleased performance of Hovhannes’ “Prayer of St. Gregory.” 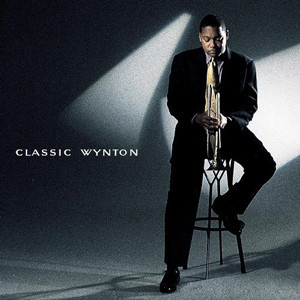 Every young trumpet player has to practice his Arban. Twenty-five years ago in New Orleans, Louisiana, at the age of 12, Wynton Marsalis practiced it, too – for an hour before he went to school, another hour over the course of breaks during the school day, at least an hour after school was over, and again in the evening for several hours after he’d finished his homework. On a typical busy day when he was an adolescent, Wynton practiced a total of six hours, and much of that time was devoted to the exercises and drills in the 347-page bible of trumpet study called Arban’s Complete Conservatory Method for Trumpet (Grande Méthode complète pour cornet à pistons et de saxhorn), written by the famed 19th-century trumpet and cornet player, Joseph Jean-Baptiste Laurent Arban.

At the end of Arban’s big book, a series of fantasies and airs challenge the technical preparation and fortitude of anyone who wants to call himself a trumpet player. The hardest of these showpieces is Arban’s “Fantasie and Variations on ‘The Carnival of Venice,’” a seven-and-a-half minute cornet solo of hair-raising slurs, arpeggios, intervals, and difficult tonguing and intonation. Arban’s “Carnival” calls for superb phrasing, perfect fingering, and a complete command of the instrument’s range and tonal vocabulary. To play it at all is a rite of passage for trumpeters; to play it well is a testimony to a player’s skill and panache. To play it with an artistry that transcends its complexity is something only the greatest players over the years have been able to do.

Luckily, for listeners today, Wynton practiced his Arban hard – very hard – and one of the many rewards is his bravura cornet performance of “Carnival of Venice,” recorded with the Eastman Wind Ensemble under the direction of Donald Hunsberger. That selection, one of four from Winton’s 1987 Carnaval disc, included here, represents both a culmination and bench mark in the performance of the work. Indeed, on recording after recording since his 1983 Grammy Award-winning debut album of three trumpet concertos (which he later re-recorded, in his 1994 London Concert, also available on video), Wynton has been simultaneously summing up and setting a new standard for the performance of the entire trumpet repertoire. The rich body of his recorded classical work, preserved on more than a dozen discs and highlighted in this collection by 20 different pieces, displays not only startling range but unrivaled musicianship. With a sensibility that directly addresses the ambiguity of human life, Wynton has redefined the ideal of excellence in his art.

“Wynton simply oozes music from every pore,” says his longtime recording producer, also a multiple Grammy Award-winner, Steven Epstein, “As soon as I first heard him play I knew I wanted to work with him. To me, he’s as close to Mozart as we’re ever going to get.”

Modestly disavowing the comparison (“that’s disrespectful to Mozart”), Marsalis nevertheless inspires similar sentiment from virtually everyone with whom he has played. Organist and conductor Anthony Newman, featured here on three excerpts from Wynton’s best-selling 1996 disc, In Gabriel’s Garden, recalls recording sessions that were “so exhilarating… [we] stayed up well into the night discussing the day’s work.”

“How is my sound?” Wynton repeatedly asks Steve Epstein at all his recording sessions. Taken together, the works that comprise this album reveal an incremental preoccupation with that question. “From the very beginning of my association with him, Wynton’s musicality was innate and intuitive,” says Epstein. “His technique was already flawless. And his musical ideas were right on – he was precocious. With many other artists, if you looked at some early work and then some late, the shift in interpretation is quantifiable. But with Wynton, what I think you hear evolving as you listen to his complete work up to now is an attention to sound, to subtle shadings of intonation, to nuances of sound production. In all my recording with him, Wynton is very much concerned with the appropriateness of the sound required for each particular piece. And he’s very hard on himself, never satisfied, always striving for perfection when anyone else listening thinks he has already achieved it.”

In a speech before the National Press Club in 1995, Wynton addressed the subject of sound by referring, first, to the sound of a particular instrument – in his case, of course, the trumpet – and then the more elusive sound that “is your sound… the sound of your personality and your attitude being projected through your instrument. Now, that sound is a lot harder to work on, because you have to deal with yourself. And in most instances, that’s pretty painful.”

Wynton meant that no matter how good you might think you sound, when you compare yourself to the greats of the past you can feel inadequate. (“Well, it doesn’t sound like Louis Armstrong – no, it sounds like me, unfortunately.”) To grow beyond that perceived inadequacy, to truly find your own sound, “takes courage, because it means you are trying to play in a way that nobody else has played. And of course the reason you wanted to be a musician is because you liked the way somebody played.” The inner pain comes from dealing with the difference between your sound and the sound that made you aspire to be a musician in the first place.

But to encounter the sound of Marsalis’ trumpet on this recording is anything but painful. From the high energy and brash polish of his Allegro from Vivaldi’s Concerto For Two Trumpets and Strings (in which, remarkably, he plays both trumpet parts) to the delicate beauty of the adagio from M. Haydn’s Trumpet Concerto; from the humor and good spirits of Bernstein’s “Rondo for Lifey” to the pomp and nobility of Purcell’s Trumpet Air from The Indian Queen or Jeremiah Clarke’s “Prince of Denmark’s March;” and from the lilting softness of “’Tis the Last Rose of Summer” to the absolutely breathtaking Allegro Assai that concludes Bach’s Brandenburg Concerto No. 2 in F Major, the depth and variety of Wynton’s sound is at once intimate and inspiring.

“There are two things I strive for in the sound of my playing,” Wynton says. “The first thing is to be clear. And the second is to be open.”

In two of the classics that he has recorded a second time, Haydn’s Concerto for Trumpet and Orchestra in E-flat Major and Hummel’s Concerto for Trumpet and Orchestra in E Major, you can immediately hear that clarity and openness. In the Haydn concerto’s finale, marked Allegro, and the Hummel last movement, Rondo (Allegro molto), the sheer sound of Wynton’s trumpet conveys the shape and direction, the feeling of the music. Or listen to “Let the Bright Seraphim” (from Handel’s Samson), on Wynton’s Baroque Duet with Kathleen Battle. By turns delicate and refined, bold and vigorous, Wynton’s sound stops you short, arresting your attention and taking you to another place in your life. Connecting experience and emotion, this magnificent sound praises, in the poet W. H. Auden’s phrase, “all it can for being.”

For this recording 20-bit technology was used to maximize sound quality. SBM