Who gave you your first trumpet?

I got my first trumpet when I was six from Al Hirt. My father was playing piano in his band, and as a Christmas present I received a trumpet – a LeBlanc.

What influence did your father/mother have on your desire to become a musician?

My father was an example to me, because of the type of integrity he had when he would play. I also liked the musicians that my father played with. They were always around: James Black the drummer, Nat Perlatt on saxophone. I liked Richard Payne the bass player, the great clarinetist Alvin Batiste. John Fernandez was a great trumpet player and a teacher. I didn’t like the music they played so much but I liked them. And I always liked to hang at the gigs and listen to them play and see what was going on. Also, for that whole generation of Southern musicians – like my father, like Alvin Batiste – playing the music was a stab against segregation. It was a matter of their identity, of their high-minded nature and of them as men. In their own way, it was a sign of protest against the environment they grew up in. Not just in terms of segregation of whites, because black people were also apathetic toward what they were playing. Some people considered it to be devil’s music, and others just considered it to be a waste of time. So they had certain defiance in their personality that I always could gravitate toward in life. My mama stayed on us about practicing. She took her time to take us to music classes and see that we received an education. So, in terms of discipline and investing her time and love and energy in us – she was always doing that for me and all my brothers.

Did you always want to be a jazz musician or did you try other genres first?

I always wanted to be a jazz musician because I liked the way that they played, but you couldn’t get a gig playing jazz. So I played funk gigs all the time with a band called Funky Creative. We used to play clubs, dances, proms. I joined the band when I was 12, and I played until I was 16. We’d work every weekend, and sometimes on the weekdays. We had one of the most popular bands in New Orleans, playing Top 40 cover songs. This was the 70′s, so everybody had their afro, bellbottom jeans, platform heeled shoes. We had the whole uniform – we had these jumpsuits and this all this crazy looking stuff. It took us an hour just to put our equipment up.

Which artists have influenced you the most?

A lot of jazz musicians like Monk, Duke, Miles, Charlie Parker, Dizzy, Jelly Roll Morton, Wayne Shorter. I listen to a lot of them and try to incorporate things that I like into my own style. Trumpet players such as Maurice Andre, Adolph Hofner, Cootie Williams, Ray Nance and Sweets Edison have all had an influence on my style. When I was in high school, Clark Terry influenced me a lot. I can’t forget him. In terms of classical music, I like Stravinsky and Beethoven a lot.

What is the best advice another musician has ever given you?

One time Sweets Edison told me, “Don’t play like you’re trying to prove that you can play. You can play.”

Are different skills required to perform classical vs. jazz compositions?

In jazz, you have a heavier sound, a heavier attack than in classical. Also, classical music is all written down, so you have to concentrate on executing it. In jazz, you’re making the music up, so you have to know the harmony of the songs, and how to interact with the different musicians. It’s a matter of reflexes.

Who are the greatest trumpeters (or musicians of ) of all time?

The first one is Gottfried Reich. Bach wrote the Brandenberg Concerto for him. In mythology, it really starts with Gabriel. Gabriel actually was a woman. They were cheating women even back then. Her name was actually Gabrielle. She was the first great trumpet player. Then you have the German trumpet player, Gottfried Reich. Then there’s Anton Veidenger. He’s the guy who the Haydn trumpet concerto and the Hummel trumpet concerto were written for. Then you have all the great cornet soloists. There are so many of them. A lot of Americans… Patrick Gilmore had a great band after the Civil War. Then there were all the great soloists with John Philip Sousa. You have Herbert L. Clarke, Krill, George Swift, Jules Levy, Del Stagers. Each one had a different specialty. Some could play double tongue real fast, some slur, some do triple tongue, some trick fingers. Everybody had a different thing. Some played real sweet. Matthew Arbuckle used to have a battle of cornets. You’d see them go in. It would be who could play the most. Then you got the jazz musicians: Buddy Bolden, King Oliver, Freddy Keppard, Buddy Petit. Then you get to Red Allen, and then you’ve got Louis Armstrong. From there, you get all the trumpet players influenced by him. Various trumpet players like Buddy Barry, Cootie Williams, Rex Stewart, Ray Nance, Sweets Edison, Buck Clayton, Roy Eldrige, Doug Mascoll. There are a lot of people. At the same time, there are the great classical trumpet players, William Vacchiano and Max Schlossberg. Then you come up in the more modern era with Dizzy and Miles, Freddy Hubbard, Don Ellis, Don Cherry, Booker Little, Lee Morgan. In classical music, there’s Aldoph Herseth, a great trumpet player. There’s Maurice Andre, a classical trumpet player, Rafael Mendez, an all around unbelievable trumpeter, Doc Sevrenson, Al Hirt. You start to get a lot of great trumpet players of different types.

Do you know everything there is to know about trumpet playing?

What performers today do you find to be the most interesting or promising?

I like Nicholas Payton, I like Roy Hargrove, Terence Blanchard. Dave Douglas is interesting. You’ve got a lot of young trumpet players. Omar Butler, a young student at Juilliard. Keyon Harold is an interesting trumpet player who plays with a lot of feeling. Jermanie Smith, Mike Rodriguez, Trombone Shorty on the trumpet from New Orleans can play. Dominic Faranacci, Brandon Lee and Tatum Greenblatt are a few of the great young kids coming out of high school.

What advice would you give a youngster who is interested in playing the trumpet?

Practice every day. You don’t have to practice for hours. Just get on your horn every day and listen to the people who really can play. Don’t be discouraged. Just try to keep going and develop.

Why are you so involved in education, master classes, etc.?

My father was always teaching, and the musicians he played with were all teachers. I was always taking classes. I just grew up around it.

What qualities do you look for in a band member?

Individuality, deep sound and a willingness to do work.

Is your new trumpet one of a kind? Tell us about it.

It’s made by Dave Monette and it’s one of a kind-he made it for me. It has personalized engravings from all aspects of my life. Symbols of playing, the great “j master” Marcus Roberts is on there, things about my kids. This is the first trumpet Monette ever made in this way. He has subsequently made other trumpets like that… Not with the same designs on it, of course.

Well not to be a sloganist, but it’s part of the fabric of our country-the way we speak our language, the way we interact with each other, the tensions and dynamics that make our country what it is, the basic forms and things that we use to comport ourselves-all of that is in jazz. You can see it in songs like “Birmingham Breakdown,” Duke Ellington’s “East St. Louis Toodle-oo,” and “Sidewalks of New York.” Jazz also shows the influence of the Broadway show tune, which is an American tradition. There’s also the idea of improvisation, which was developed in America. There’s a whole relationship between the history of the music and race relations in our country. Jazz just deals with a lot of different aspects of our way of life.

When you became the first jazz artist to win a Pulitzer Prize (for “Blood On The Fields”) you spoke often of Duke Ellington. Why?

I feel it’s always important to stress the fact that I’m a part of a continuum, and that our music continues. It’s not a fad, it continues on. And Duke laid the ground work for us to understand how to compose with the blues harmonies and what the American orchestra was. He laid out the framework for it. And it’s important for all the musicians that come after to realize it’s a continuum. It doesn’t live and die with anyone personally.

Is it true that you often have several different projects underway at once? Why do you work so hard?

I like to do a lot of different things. I like to stay busy. I grew up working all the time, and that’s just what I like to do. It doesn’t bother me really. I’m used to it.

Your historic “Swinging Into the 21st” series ushered in the new millennium. What are you striving to achieve in these years ahead?

We’ve laid out a good framework with Jazz at Lincoln Center. In the coming years, we want to continue to play the great music of our tradition, and continue to write new music that addresses the fundamentals while introducing new things. We want to collaborate with more musicians around the world-New Zealand musicians, Argentinean musicians-in order to deal with the ongoing relationship of jazz music to other forms of music. This is something that was well established by Jelly Roll Morton, Duke Ellington and Miles Davis with records like “Sketches of Spain.” Dizzy Gillespie did many works with Afro-Cuban music and later with the United Nations orchestra. I want to continue to go in that direction-continue to collaborate with different arts and arts organizations, like the New York Philharmonic, the New York City Ballet, The Chamber Music Society, The Film Society and Lincoln Center Institute. We want to do a lot of different things, get involved in some theater projects, try and write an opera, try to write a mass. I just want to expand and write more sophisticated music.

In what way do you think the Internet will impact the arts?

The Internet is just transference of information, and music is about information- passing information on with you. What you think, what you feel, what is revealed to you to anybody who’s interested in it. It’s just another tool of communication.

What accomplishment are you most pleased with as Artistic Director of JALC?

That we’ve successfully challenged the status quo of our music. When we started, nobody was thinking about Duke Ellington’s music and the seriousness of jazz as an art form. We’ve been able to challenge a lot of what was held to be true because of the presence of Jazz at Lincoln Center. We’ve done dances, we’ve brought musicians in from all over the world, we’ve played concerts. We’ve commissioned pieces and done first-ever concerts. Gerry Mulligan requested that, when he died, we do his posthumous concert and play his music. He told me to make sure that I do it. Just the fact that a musician of that magnitude and stature would make that request is a serious thing. He wanted us to play the New Orleans March, and we did. That was one of the greatest tributes we could have. 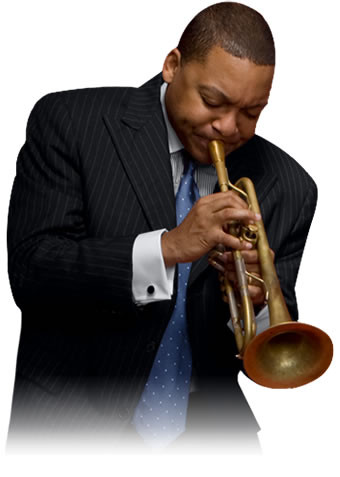