New JLCO’s album reviewed by All About Jazz

Six compositions by Charles Mingus give the Lincoln Center Jazz Orchestra something different to work with. The swing is still there, but each piece echoes with the emotional strength and ferocity that its composer espoused through his ensembles. As with the original, you get a powerful bass line that leads the way, and you get thrilling soloists who provide impeccable examples of musicianship. What’s missing is the passion that Mingus took with him everywhere he went.

Wynton Marsalis solos brilliantly throughout the performance. His portrayal of the music, however, remains quite mild when compared to Mingus. Smooth and serene, much of the concert takes on an appearance that recalls Marsalis’ soundtrack for Tune in Tomorrow. The music of Mingus should, indeed, contain the swing and the fun that Marsalis has adopted as his trademark; however, the music should also fill itself with the ferocity and passion that Mingus represented.

The album’s liner notes do not indicate who is performing in which solo spot. Marsalis takes the spotlight often, however, and shares the platform with his all-star ensemble. The moods change often, and the orchestra turns each corner effectively with precision. As Joe Temperley’s baritone saxophone wails mournfully on “Meditation on Integration,” you can feel the song’s underlying meaning. Eric Lewis follows with a powerful piano solo that reinforces Mingus’ social and political statements.

The album’s title track, “Don’t Be Afraid, the Clown’s Afraid Too,” mellows with a humorous swing approach that remains light and delicate. Wess Anderson, Eric Lewis, Carlos Henriquez, Victor Goines, and Ted Nash step forward with individual efforts that lend a bit of intimacy to the session. However, the music of Charles Mingus deserves that kind of personal touch more forcefully from start to finish. 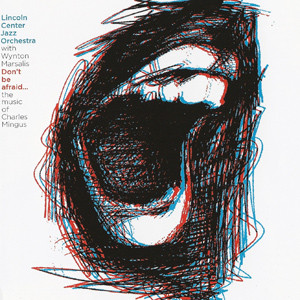