On August 8, the Wynton Marsalis Septet performed for the concert at Marciac Jazz Festival, starting at 11 pm. Wynton, Wes Anderson, Marcus Roberts, Wycliffe Gordon, Reginald Veal and Victor Goines performed wonderfully on that night. The setlist was: Majesty of the Blues, Free to Be, And the Band Played On, Son, Spiritual Awakening, Green Chimneys, Superb Starling, Altar Call, Sunflowers. Encore: The Death of Jazz, Knozz-Moe-King, Happy Feet Blues. On August 7, Wynton also gave a master class for the new kids at Marciac’s College.
Following you can give a look to some pictures from the master class and the sound check of the concert. The complete Marciac 2008 photo slideshow can be found on our gallery, and you can also follow Wynton directly from his twitter account. Video clips from the events are coming soon. 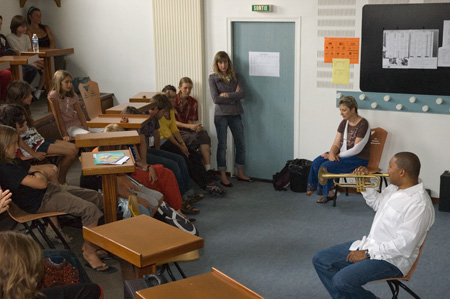 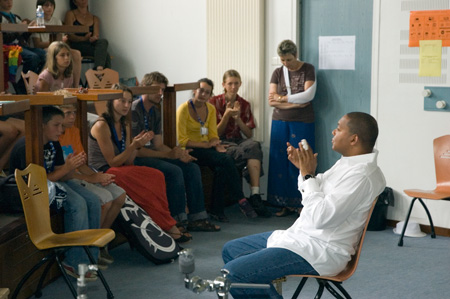 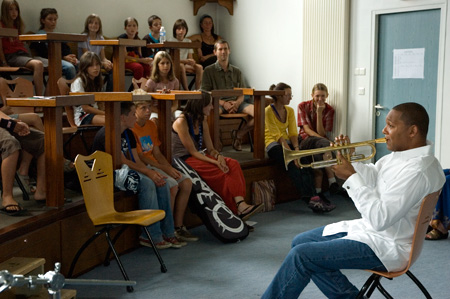 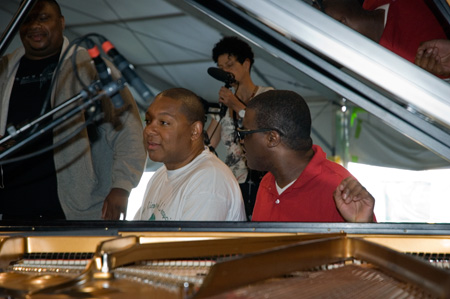 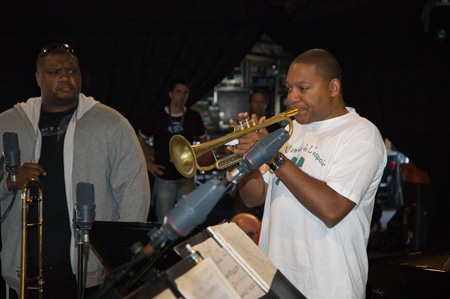 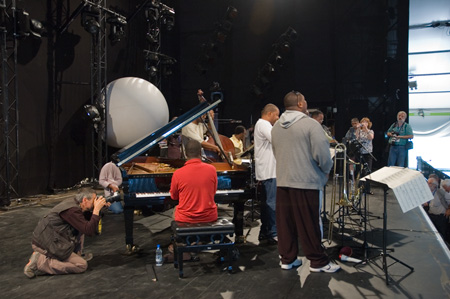