Marsalis and His Band Rework Monk and Others

Wynton Marsalis reconvened his septet, added the clarinetist Michael White and performed the music of Jelly Roll Morton and Thelonious Monk and his own music for a show at Alice Tully Hall on Saturday night. It was hard not to get the idea that there wasn’t much ambition in the program, which is part of the Jazz at Lincoln Center series; Mr. Marsalis is soon to release his reworkings of Monk’s music.

He and the band recently finished a month’s worth of concerts across the country, and for the first half of the show the group didn’t have the coherence that a working band usually has. The performances didn’t always hold together; the improvisations went on too long, drifting from the point of the compositions and giving a sense of disjunction to the performance. Oddly, though it used to be one of the best rhythm sections in jazz, the rhythm section didn’t always sound locked in.

The music progressed in the second half. Mr. Marsalis’s reworkings of Monk’s melodies and his formal restructuring of the compositions were often stunning. On “Four in One,” Mr. Marsalis reharmonized the melody, adding dense dissonance, with high notes played by Wes Anderson on soprano saxophone. The piece opened into a duet between the bassist Reginald Veal and Mr. Marsalis, which ended up being one of the more exciting moments of the night, with Mr. Marsalis contrasting snakelike runs and emotional, spare melodies. Blues phrases and riffs led back to the melody.

On Mr. Marsalis’s “Black Codes From the Underground,” an old composition that he had reworked, the saxophonist Victor Goines, playing soprano, started a group discussion by repeating phrases, inching them along by changing a few notes. He was after intensity, and he got it. Mr. Marsalis and his group played another original piece, based in gospel harmonies and rhythms that built pressure; fanning his trumpet with a derby mute and using a few notes, he had the audience cheering. When it was over, the audience jumped to its feet for a standing ovation. 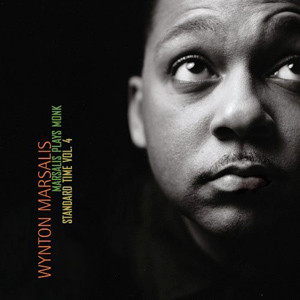