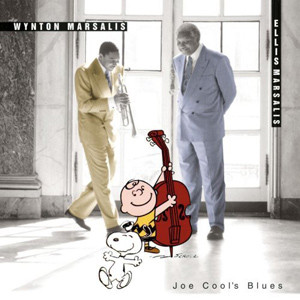 The reason is probably connected to all of those things. Who hasn’t seen a boy with short legs and a head like a fish bowl? Who doesn’t know some kid whose stuck in love with some toy or blanket or pair of shoes or something? Is there a neighborhood in the entire world where some kid isn’t trying to boss everybody around? Where can we go and not soon find the little boy or little girl who studies music and thinks it makes him or her just as serious as a grown up? Is it possible to walk among children and not discover the pet with a personality so strong all of the kids look at it as more of a friend than a pet?

The “Peanuts” comic strip where Charlie Brown and his friends first slipped in on us had all of that. People read it like it was a religion. Eventually, it made the big move from the two dimensions of the page to the two dimensions of the television screen. Now Charlie Brown and the buddies and animals we associate with him are part of a long line of cartoon figures that have made people laugh and that remind us of our victories and our problems. Charlie can’t get away from the world; it’s always stuck to the inside of his skin. The world causes a rash or it’s a mystery or you get goose bumps from the excitement. Charlie’s always getting messed up in something or he’s dreaming of something or he’s trying to do a thing that just won’t work for him. No matter how disappointed he might get, Charlie never gives up. He’s always back out there trying. That makes him an everyday hero. He takes the pain and the joy the same way. Each is a step on the way to the next experience of his life. However meek and insecure he might be, Charlie Brown has the soul of a lion who often hears the roar “Good grief!

Wynton Marsalis is the best known jazz musician in the world. He is the most important son of Louis Armstrong right now. Louis Armstrong was the father of jazz trumpet. All jazz trumpet players are his children, whether they know it or not. When you hear Wynton Marsalis, you hear Louis Armstrong remade to fit his own personality. Marsalis plays music in which the pain and the joy do battle in the rhythm of swing. He is always working on something – a jazz concert for young people, an opera, a ballet, some music for a movie, a string quartet, a book, a debate, a computer game. Getting busy is his business. He keeps moving forward and uses all of his experiences to help him understand the next thing he has to do. He is the hero of jazz. So it is good to hear the combination of Charlie Brown’s world and the music of Wynton Marsalis. Both are so American and so easily understood in any language in any nation where children live a modern life.

Of the whole thing – the cartoon characters and the music – Wynton Marsalis says:

“When I was a boy, the only time you would hear jazz on television was when Charlie Brown came to town. I always liked the feeling that the music put on the cartoon. Sometimes I read the comic strip and I lived the act that Charlie Brown was always trying even though he inevitably met with failure or that special kind of humiliation that was roundly cheered by his friends. For me, it was a combination because I didn’t think of the comic strip on the page apart from the television cartoon and Vince Guaraldi’s music, which I liked because it was happy and upbeat. Also, we were aware that my father knew him. So that made us think that our father was important. What I mean is: our father knew somebody who was connected to television. When I got the opportunity to write music for the show a few years ago, I wanted to retain the happy feeling of Mr. Guaraldi’s music. On this 1994 recording, we in the septet play mostly original music, with the exception of Linus and Lucy’, which everyone probably knows. In his trio, my father plays only the music Vince Guaraldi wrote.

This is one of the final recordings of the seven-piece band which is no longer together. It’s the end of a phase in which I was doing as much as I could with four horns and rhythm section. This particular recording documents a couple of things because it addresses a certain fact of dialogue in this culture. That fact is this: In a society like ours, which is so broad and varied, you are always looking for something that can form the basis of communication. The subject of this music affords me the opportunity to reenter that childhood world everybody always goes back to in one way or another. We go back through dreams, memories, or in conversation with people who connect with each other through the things that were common to them when they were growing up. Charlie Brown and Snoopy and Linus and Lucy and the rest of them were part of the common currency of my childhood. But, of course, childhood is a subject that has universal currency. Everybody remembers it. That’s where the bitter and the sweet begin. The challenge in music like this is to capture the freshness of the kind of childhood Charlie Brown represents while maintaining the freedom and depth of expression that growing up provides.”

As we have become accustomed to recognizing, Marsalis does an excellent job of bringing off his ambition. He returns to the world of the playground with all of his adult skills intact. We hear the combination of simplicity and complexity so essential to the real feeling of childhood where many things are going on at the same time. We also hear a truly great band waving goodbye. We hear the father of a formidable brood seated at his piano and recollecting a friendship with Vince Guaraldi while showing us how cartoons can be turned into music. On “Little Birdie,” Ellis Marsalis adds a vocalist and four horns. As a whole, the recording gives us plenty to listen to, one of the best things is the 5/4 figure that drummer Herlin Riley plays with his brushes under the arrangement and the improvisations of “On Peanuts Playground.” Overall, the joy of music is obvious as is the blues of disappointment and the jubilant blues of giddy thrills. Again, we are taken into a world made clearer by the Marsalis artistry. In that world, it is easy to hear what it takes to become a hero in the everyday art of jazz.