Wynton’s soundtrack for The War is out

On September 23, 2007, PBS will air “THE WAR”, a new seven-part documentary series directed and produced by Ken Burns and Lynn Novick. The new film explores the history and horror of the Second World War from an American perspective by following the fortunes of so-called ordinary men and women who become caught up in one of the greatest cataclysms in human history.
Wynton composed a number of songs for the original soundtrack. He also played them with Victor Goines, Walter Blanding, Carlos Henriques, Ali Jackson, Mark O’Connor, Bill Charlap, and Doug Wamble.

You can watch to a video-clip from the recording session, with Wynton and Ken Burns. Other clips from the new film are also available on PBS web-site.
The original soundtrack CD is already available on Amazon.com In the spring of 1945, as the war in Europe drew to a close, the CBS radio correspondent Eric Sevareid was troubled. He had been reporting on the fighting for four years, and had done his best to convey to his listeners back home all that he had seen and heard in Burma, France, Italy, and Germany. But he was haunted by the sense that he had failed. “Only the soldier really lives the war,” he told his audience,

The journalist does notSˇWar happens inside a man… and that is why, in a certain sense, you and your sons from the war will be forever strangers. If, by the miracles of art and genius, in later years two or three among them can open their hearts and the right words come, then perhaps we shall all know a little of what it was like – and we shall know then that all the present speakers and writers hardly touched the story.

For the past six years, we have striven to create a documentary film series about the Second World War in that spirit. Ours has been, in part, a humbling attempt to understand “the things men do in war, and the things war does to them” (as Phil Caputo so aptly noted). We chose to explore the impact of the war on the lives of people living in four American towns – Mobile, Alabama; Sacramento, California; Waterbury, Connecticut; and Luverne, Minnesota. Over the course of the film’s nearly fifteen hours more than forty men and women opened their hearts to us about the war they knew – and which we, their inheritors, could only imagine.
Above all, we wanted to honor the experiences of those who lived through the greatest cataclysm in human history by providing the opportunity for them to bear witness to their own history. Our film is therefore an attempt to describe, through their eyewitness testimony, what the war was actually like for those who served on the front lines, in the places where the killing and the dying took place, and equally what it was like for their loved ones back home. We have done our best not to sentimentalize, glorify, or aestheticize the war, but instead have tried simply to tell the stories of those who did the fighting – and of their families. In so doing, we have tried to illuminate the intimate, human dimensions of a global catastrophe that took the lives of between 50 and 60 million people – of whom more than 400,000 were Americans. Through the eyes of our witnesses, it is possible to see the universal in the particular, to understand how the whole country got caught up in the war; how the four towns and their people were permanently transformed; how those who remained at home worked and worried and grieved in the face of the struggle; and in the end, how innocent young men who had been turned into professional killers eventually learned to live in a world without war.

Over the course of seven episodes, we spend a great deal of time in battles – on the ground, in the air, and at sea, in Europe and the Pacific – examining in countless ways and from many perspectives, what one of our witnesses, Paul Fussell, described as “the real war.” “The rest of it,” he told us, “is just the show biz war. The real war involves getting down there and killing people. And being killed yourself or just barely escaping it.
And it gives you attitudes about life and death that are unobtainable anywhere else.” Throughout the series one theme has stayed constant, one idea has continually emerged as we have gotten to know the brave men and women whose stories it has been our privilege to tell: in extraordinary times, there are no ordinary lives.
The music we chose for the film, and for this soundtrack, is an essential element in our attempt to tell the story of the war. Each composition, each recording, helped us breathe life into old photographs and archival footage, added resonance to the testimonies of our witnesses. Time and again we found that footage and photographs, however graphic, and words, however eloquent, could not alone do justice to the magnitude of the war’s devastation, could not fully convey the barbarity, bravery, depravity, resilience, and generosity of spirit that the conflict evoked in the millions of human beings who were touched by it. Again and again, we found that music – freshly created for our film as well as true to the period and gleaned from sources all across the world – helped us immeasurably in trying to describe the indescribable and express the inexpressible.

The incomparable Wynton Marsalis generously agreed to compose and help perform a number of pieces especially for us. Thanks to him, the Americans in our film go to war accompanied by strains suffused with the music that best expresses our country’s grief and tragedy, joy and triumph – the blues.
In addition to his own brilliant trumpet, these luminous tracks are graced with the artistry of Victor Goines, Walter Blanding, Jr., Carlos Henriques, Ali Jackson, Mark O’Connor, Bill Charlap, and Doug Wamble, whose keening, otherworldly slide guitar on “Movin’ Back” touches something deep and unutterable in all of us. With “Until I’m In Your Arms Again,” Wynton gave us a ballad that feels utterly contemporary, yet also embodies the bittersweet yearning of the war years.

In selecting music from the 20th Century’s classical repertoire for the series, we looked for pieces that were either composed during, or inspired by, the war. The composition we used more than any other in the series, Sir William Walton’s haunting, dirge-like “The Death of Falstaff: Two Pieces for Strings” (written in England, during the Blitz, for Laurence Olivier’s film Henry V, which premiered in London in November of 1944), seems to signify both the enormity of the war’s tragedy, and the intimacy of the suffering borne by individuals around the globe. Aaron Copland’s lyrical “Concerto for Clarinet & String Orchestra,” commissioned by clarinetist Benny Goodman soon after the war, is simultaneously melancholy and hopeful, reflecting the many conflicting emotions the war fostered, particularly on the American home front. Estonian composer Arvo Pärt was a child during the war and grew up under the ensuing Soviet domination of his homeland. His minimalist “Variations for the Healing of Arinushka,” with its spare, plaintive melody, conjures for us the anxiety that attended the period.

The joyous big band swing tunes of the 1940s – such as Goodman’s “The Wang Wang Blues,” Count Basie’s “Basie Boogie,” Kay Starr’s “If I Could Be With You” – reminded millions of soldiers of home, and buoyed the spirits of the nation throughout the war’s long years. Distributed to the troops via V-Discs, broadcast overseas on Armed Forces Radio, and danced to at USO halls across the country, this irrepressible music became the soundtrack of the era, the embodiment of the quintessentially American spirit of affirmation in the face of adversity. Romantic ballads, too, dominated the airwaves during the war, and none affected us more than Bing Crosby’s rendition of “It’s Been a Long, Long Time,” which attests so poignantly to the prolonged separations experienced by millions of couples, as well as servicemen and their families, during the conflict.

Two virtuosic contemporary classical musicians also enhanced our soundtrack enormously – cellist Yo-Yo Ma and bassist Edgar Meyer. Ma’s recording of Kayhan Kalhor’s “Blue as the Turquoise Night of Neyshabur,” made with the Silk Road Ensemble, fuses the sounds of Western stringed instruments with tabla drums of India and lutes of the Middle East. The sense of foreboding and mystery that pervades this piece amplified and intensified some of the film’s darkest moments. Edgar Meyer’s propulsive “In the Nick of Time” animated some of the film’s most significant action scenes, particularly the crossing of the English Channel on June 6, 1944 – D-Day.
One contemporary tune, Gene Scheer’s “American Anthem,” became a touchstone that we returned to again and again, a reflection of the complex sentiments in our witnesses’ heartfelt testimonies. Norah Jones’s beautiful rendition of the song gave us the opportunity to hear Scheer’s affecting lyrics, which seem to give voice to the sacrifice, selflessness, and bravery of those we have tried to honor, the men and women who fought and won that necessary war on our behalf.

All we’ve been given by those who came before, The dream of a nation where freedom would endure.
The work and prayers of centuries have brought us to this day.
What shall be our legacy, what will our children say?
Let them say of me I was one who believed in sharing the blessings I received.
Let me know in my heart when my days are through, America, America, I gave my best to you.

Each generation from the plains to distant shores, With the gifts they were given were determined to leave more.
Battles fought together, acts of conscience fought alone, These are the seeds from which America has grown.
Let them say of me I was one who believed In sharing the blessings that I received.
Let me know in my heart when my days are through, America, America, I gave my best to you.

For those who think they have nothing to share, Who feel in their hearts there is no hero there, Though each quiet act of dignity is that which fortifies, The soul of a nation, that will never die.
Let them say of me I was one who believed In sharing the blessings I received.
Let me know in my heart when my days are through, America, America, I gave my best to you.
America, I gave my best to you.

(“American Anthem,” words and music by Gene Scheer, as sung by Norah Jones for The War)

by Lynn Novick and Ken Burns 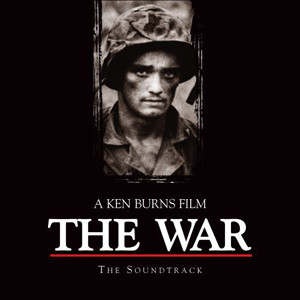