(interview by Associated Press)
Wynton Marsalis didn’t mind losing sleep for some high school band members. While on tour in a town “somewhere in Washington state” a few months ago, “I was doing a gig and it was midnight,” Marsalis told The Associated Press. “This girl, about 14, came to see me and I said, ‘What are you doing out so late?’”

Marsalis said the teen told him she really wanted to be there, even if she had to be up for 6 a.m. band practice.

“I told her, ‘I’ll be there — if you wake me up! Just let the phone ring a lot.” It took about 20 rings but Marsalis was up the next morning coaching students at dawn.

“I tell them, ‘Make the music sound like human beings. It doesn’t have to be perfect — it’s got to have exuberance, snap, verve. Give me what’s inside of you, that’s what I’m interested in,” the 43-year-old trumpeter told the AP. 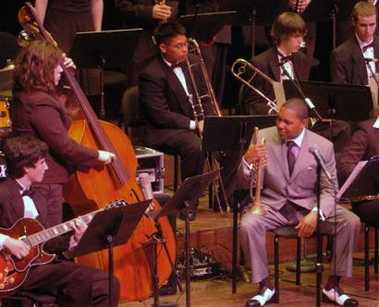 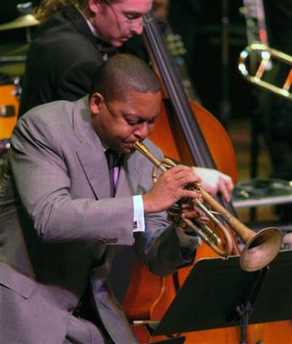