The jazzman on his steamy new holiday LP, exploitation and his father

Call it trumpeter Wynton Marsalis’ “blues period.” In his new album, A Crescent City Christmas Card, Marsalis continues the shift from cerebral to soulful that brought wide acclaim for last spring’s The Majesty of the Blues.
In both, he showcases the influence of his hometown, New Orleans. Marsalis’ Delta drawl becomes impatient over topics like his live-in girlfriend and their 1½-year-old son, but softens when the subject turns to his father Ellis and brother Branford, both musicians.

What’s the big idea making Silent Night sound sexy, and Hark the Herald Angels Sing sound honky-tonk? Don’t yon think people are going to be annoyed and think, “Is nothing sacred?”
We’ve been playing these carols out on the road for eight years. The people come and they love the music. They recognize that “sexy” is part of what “American” is. These carols may have been written by Europeans, but when we get ‘em, we make ‘em American. It s like what Duke Ellington did with The Nutcracker Suite.

But that wasn’t sexy …
Oh, yes it was. Duke was one of the sexiest musicians who ever lived.

Yon were a musical prodigy and on yonr own in your teens. Did that make you cocky, as a lot of people seem to think? There was no room for me to be cocky. I’m from the South where you have to call people Ma’am and Sir, which I still do. And, being around older musicians, you can’t be cocky. My father made me understand that to be a man you have to accept responsibility.

What do yon think about the present rage among musicians to go scouting around the world – Africa, South America – getting back to their “roots”?
That’s fake. Most of that stuff is based on racial exploitation. In order to deal with the music ot another culture, you have to be that. You know, I could listen to some Chinese music and give you a facsimile of it, but it’s not going to have the soul of that music.

You often speak out against the commercialization of music, but didn’t your brother, Branford, sell out by playing with Sting? Can a serious musician play a rock festival?
My brother did. So? I don’t reallv have any problems with that. A serious person can do anything they want to do. The point is, when they are playing at a rock concert, are they serious?

Was there much competition between yon and Branford?
Not really, because we were playing such totally different instruments. (Branford plays the saxophone.) And we were always so much sadder than my daddy – he’s the real great one.

You just made a record with your father. How did that go?
I waited for 10 years to make a record with him because I wanted to make sure that I could play good enough to be on a record with him. Two days we recorded, me checking him out and the fact that he could dig it. It was great to pay him back (for) all the love he showed his young students – not just me. People are gonna like it, because they re gonna hear that love it. 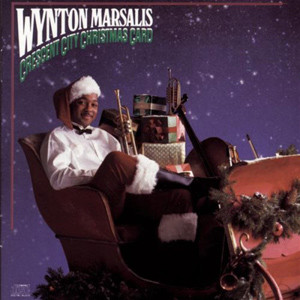