THERE were not many furrowed brows at the New York Philharmonic last evening. The concert certainly put little strain on anyone’s powers of concentration or ratiocination, offering nothing heavier than Dvorak’s Symphony No. 7 in D minor, which turned up at the end as ballast to hold down what otherwise could have done duty as a pops program. Smiles, in fact, were the order of the night, broad smiles of the sort that are seen on those little cartoon faces that dare one not to have a nice day.

The Philharmonic audience, it was apparent, had found itself a new favorite in Wynton Marsalis, a young trumpeter who attracts a public on both sides of the classical/jazz border and who, in terms of record sales, is something of a phenomenon in both areas. Mr. Marsalis, whose facility was barely tested as he made his Philharmonic debut in the too-familiar Haydn Concerto for Trumpet and Orchestra, found more to challenge him both musically and instrumentally as Philip Smith’s partner in a double concerto of Vivaldi’s (Op. 46, No. 1).

The debutant and Mr. Smith, the Philharmonic’s much-admired co-principal trumpeter, fit together startlingly well, their golden tones and easy but acrobatic styles matching with a mirror-image accuracy that made it difficult at times to tell where one instrument left off and the other began. This, however, is one of the charms of the Venetian composer’s concerto, which virtually parodies his most characteristic imitative devices. Tiny little canons of an elementary ‘‘Three Blind Mice’‘ variety constantly tumbled over one another, sometimes at the interval of a bar, often within the same measure, without the hint of a smear or cracked note from either soloist. Zubin Mehta, who had reduced his orchestra to chamber size for the Haydn, slimmed it down even further for the Vivaldi and provided the kind of wise accompaniment that serves well by staying out of the way.

Mr. Marsalis had a tentative instant or two. Even so, his virtuosity could not be doubted. His instrument’s tone in the Haydn was not the brazen, extruded-steel type that many symphonic trumpeters bring to such solo works but a nonvibrato sound of a smoother and less insistent sort.

The audience, which clearly appreciated his performing abilities, also found his openly enthusiastic platform manner appealing and adopted him immediately. To judge from the applause that followed each movement of the Haydn, Mr. Marsalis brought some of his pop fans along with him, which can only be a healthy thing for the symphonic side of his career. However, when the applause again broke out after the opening movement of the Vivaldi, Mr. Mehta turned halfway around in obvious irritation and eyed the offenders balefully. That was the end of such interruptions. There are better, subtler ways to forestall unwanted applause between movements and all conductors know them.

Both Mendelssohn’s ‘‘Ruy Blas’‘ Overture, which opened the program, and the Dvorak symphony, which closed it, found Mr. Mehta and the orchestra in strong form. The performances struck one as oddly similar in sonority, some moments in the Dvorak’s opening movement summoning up ‘‘Fingal’s Cave’‘ and other Mendelssohnian essays in Romantic pictorialism. What one missed in the Dvorak, however, was the persuasively bucolic sound that in the hands of a Rafael Kubelik can evoke an entire Central European culture.

The stepped risers for the string sections, which earlier in the season had appeared and disappeared, were back in place, offering a welcome sight and, it seemed, some improvement in string sound. If nothing else, the conductor now can maintain eye contact more easily with the back chairs, and they may even find it possible at times to look at him. 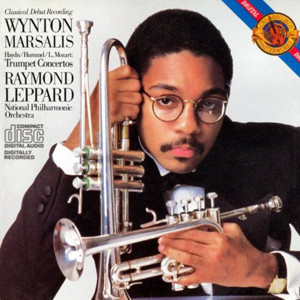