As you know, yesterday night Wynton played at NBC studios in New York for the Hurricane Relief concert. Here is a report from the NBC web site, where you can also find a photo slide of the evening. 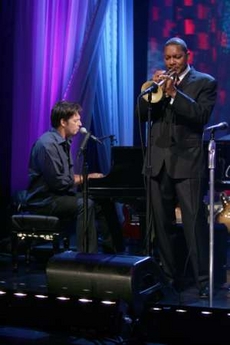