Evoking, but not bound by, the musical styles of the period, the soundtrack music for the movie “Rosewood,” based on a tragic incident in early 20th century American history, includes blues-drenched vocals by Cassandra Wilson on the title track, a gospel choir fronted by Shirley Caesar, and bluegrass fiddling by virtuoso violinist Mark O’Connor. 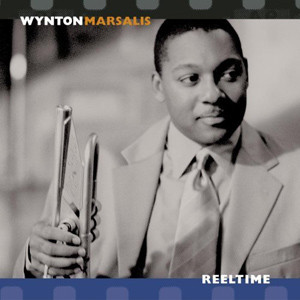 What continues to give the music of Wynton Marsalis such unfolding authority in so many directions is his grasp of Americana. As a composer, he now bestrides that which is close and that which resides on the shape of the horizon. What many have claimed for Aaron Copland and more are beginning to understand about Duke Ellington is also true of Marsalis: that he is a musician who seems intent on expressing a sensibility as varied as the nation itself. That means that he performs as a major jazz and concert trumpet player, as a composer for small groups, for chamber ensembles, for jazz big bands, for orchestras, dance ensembles, for every kind of instrumentalist or singer with jazz or popular or concert backgrounds. His output is the most impressive body of American music to have arrived in the last twenty years and his imagination seems to be expanding rather than starting to run low on material or sink down into the ongoing repetition of its clichés.

The music on this recording was commissioned and written for the film Rosewood, but was not used. It stands on its own as a kind of Dubliners, or Go Down Moses – a number of tales and portraits that together form an overall suite of feeling. We get many different kinds of music, but they are all united by the world that they are intended to summon. That world itself has a unity, and Marsalis himself is very clear about that. Of it all, he says:

“This music gave me a chance to really go into my childhood experiences. The town of Rosewood reminds me of the towns up and around Breaux Bridge, Little Farms and Kenner, Louisiana. I was and am interested in the range of experiences afforded to a small town kid, including the Sunday church service, outdoor sportsmanship like hunting and fishing, family dinners and those times when you’re happy to be the guest of someone who can truly cook. Also, the intense type of human interactions that take place when poverty and countryfolk meet face to face. In such situations, one might see the entire spectrum publicly expressed: from love to hate, from the light touch of affection to the heavy blow of aggression.

“In essence, what many writers have discovered is that when you look closely at a small town, you will see the human species at its best and brightest and darkest and lowest. Consequently, you are never bored. If you are observant, what you experience is much more entertaining than anything you will ever see in a movie house or a theater. You can be sure that you will eventually shed tears, either from the happiest kind of laughter or the deepest kind of sorrow. If when you leave you realize that the rest of the world is not quite the same way, you treasure that country experience even more.

“What this score represents is all of that and the opportunity to use musicians of various generations and sensibilities to give the listener an accurate rendering of the variety of human experiences one has when the worlds of the young and the old interact. To have the emotions of a giant like Claude “Fiddler” Williams, a majestic woman like Cassandra Wilson and all of the other musicians to give their substance to your music is truly a blessing. It is one equal to having grown up where I did and when I did. And that is the full meaning of the score for Rosewood.”

9. Eyes Around the Corner (1:34)
Big Band conducted by Wynton Marsalis

All music and text by Wynton Marsalis