Home» Videos» Nicky and Wynton: The Making of a Concerto (trailer)

Nicky and Wynton: The Making of a Concerto (trailer)

Documentary exploring a unique musical collaboration between American jazz legend Wynton Marsalis and Scottish violinist Nicola Benedetti.
The film follows the two musicians as they embark on a journey that culminates in the creation and performance of a violin concerto written by Marsalis especially for Benedetti. The composition, which draws inspiration from the violin concerto’s first formation in the Baroque era to the 21st century and African-American spiritual music, explores Nicola and Wynton’s own musical heritage in Scottish folk and American jazz music respectively.
The film follows Wynton and Nicola during the process of composition, rehearsals and performance, from the pair batting ideas and drafts back and forth across the Atlantic to rehearsals together in the UK and US, and the world premiere of the violin concerto with the London Symphony Orchestra at the Barbican.

Watch the full documentary on BBC4 in the UK 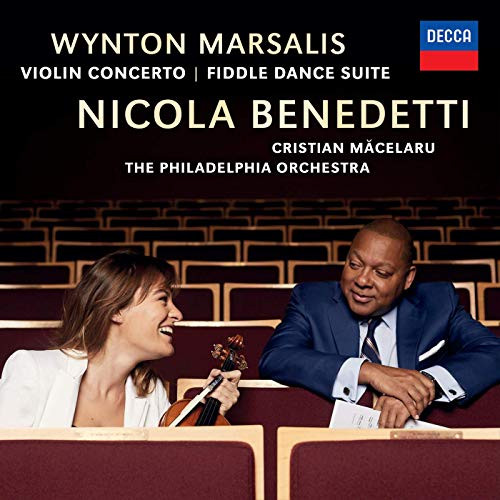