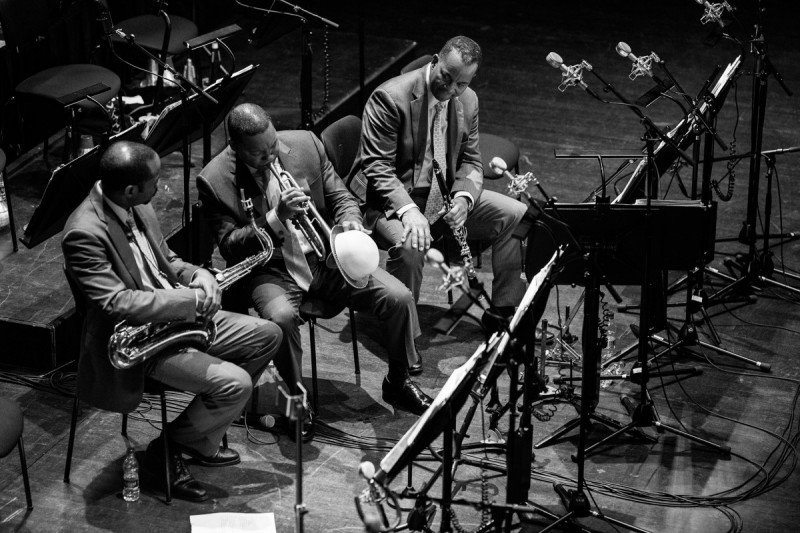 During the 1930s, when times were tough, big bands criss-crossed the U.S. by road and rail, their tunes ballyhooed via radio. Their stars were household names. Their beat—which was swing—was the default groove for dancers. Band singers like Frank Sinatra, Billy Eckstine, Ivie Anderson, Dan Grissom, and Dick Powell inflamed hearts around the globe. Their music was the soundtrack of the age, and it will be celebrated over two nights as Michael Feinstein and Wynton Marsalis highlight the history and the music of one of the most exciting and crucial crossover movements in the mix of jazz and American popular song.