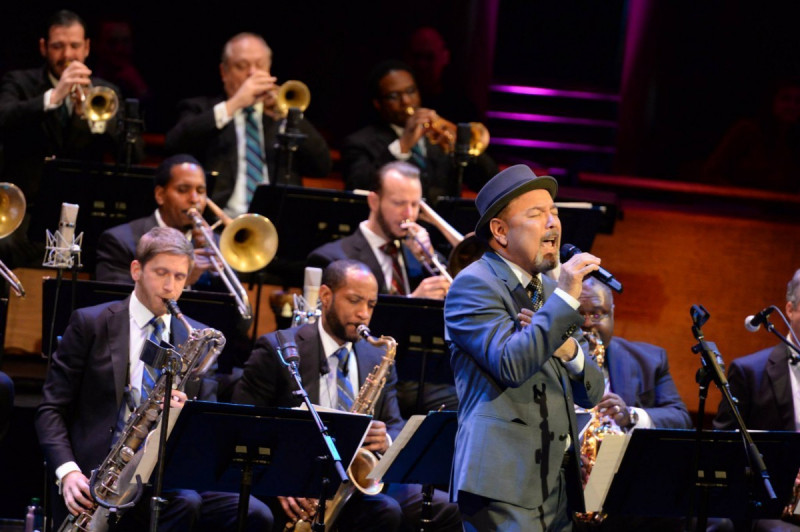 Salsa giant Rubén Blades makes his Jazz at Lincoln Center debut in this extraordinary three-night-only collaboration with the Jazz at Lincoln Center Orchestra with Wynton Marsalis. Led by bassist and music director Carlos Henriquez, these performances will showcase both Blades’ resonant repertoire as well as iconic jazz standards. Since the 1960s Ruben Blades has been a paramount figure in Latin music and culture.

His illustrious recording career of over thirty albums as a leader and collaborations with Fania and legends Ray Barretto and Willie Colon, are matched by his remarkable strides in the political arena of his native Panama. A Harvard Law graduate, Blades is well-known for his socially conscious music and activism, which culminated in a Panamanian presidential run in the 1990s and a five-year term as Minister of Tourism. As a successful actor, Blades has also been featured in over thirty movies, including Spike Lee’s jazz inspired drama, Mo’ Better Blues, and the 2012 thriller Safe House, with Denzel Washington.