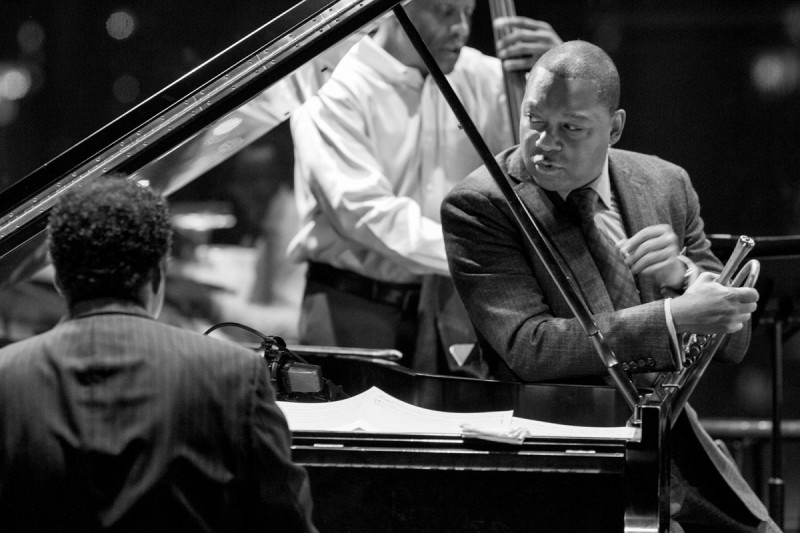 In This House, On This Morning is a jazz impression of a traditional black American church service. It was the first extended composition by first extended composition by Wynton Marsalis—who later went on to win a Pulitzer Prize for composition— commissioned by Lincoln Center in 1992. The work is in three parts and the themes address the rituals of the black church liturgy. This composition’s importance to Afro-American cultural development resides in the fact that it has com- bined musical forms and concerns—jazz and the church—which the Afro-American religious community long considered diametrically opposed. Simply stated: The church is devoted to the worship of God, and jazz is the siren song of Satan! Thus in the minds of the pious, never the twain should meet; to their square minds there is blasphemy in the thought.