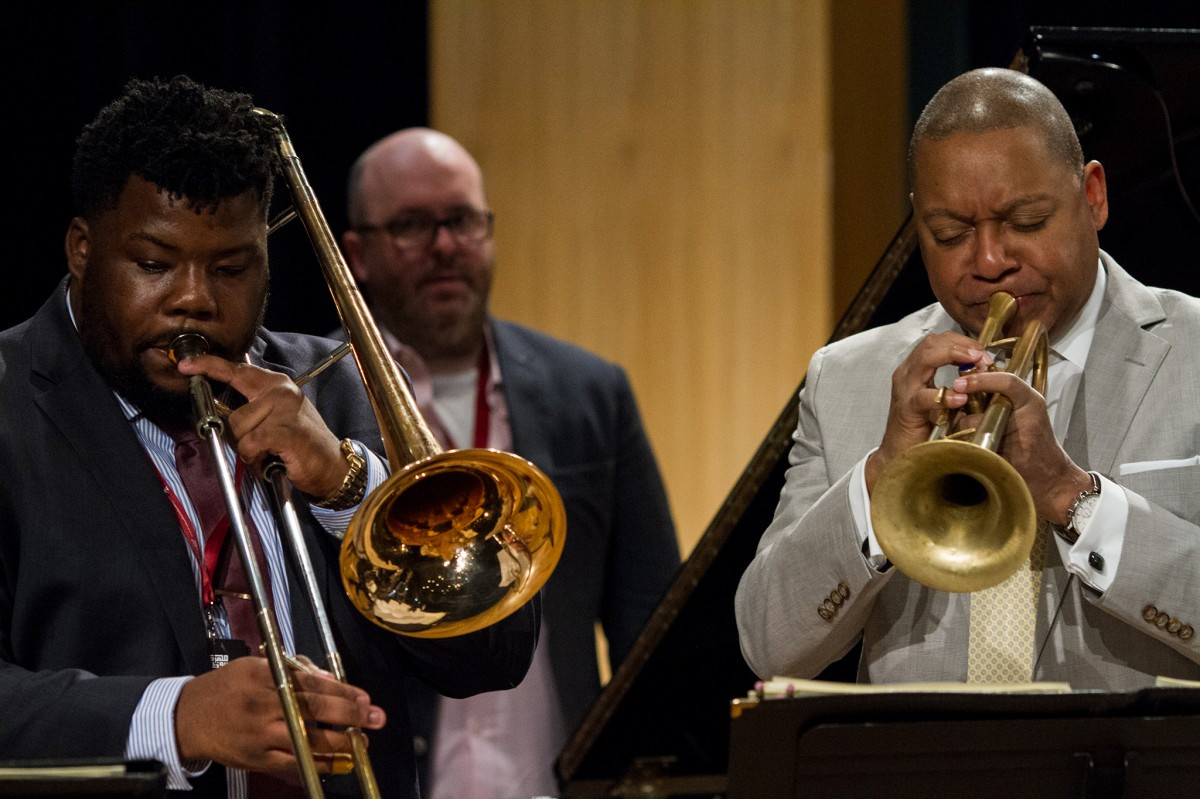 An audience of 450 people were captivated as Wynton Marsalis introduced concepts of jazz music through demonstration and audience participation. He was joined by two of his students from The Julliard School and invited GEMS American Academy’s Hunter Keith to the stage with his instrument for the first hour of the workshop.
In addition to performing for the students and talking about music, Wynton and members of his ensemble spent some time working with the GEMS American Academy Big Band as they showcased some of their current repertoire.

Sorry, we have no photo galleries to show you based on this criteria.