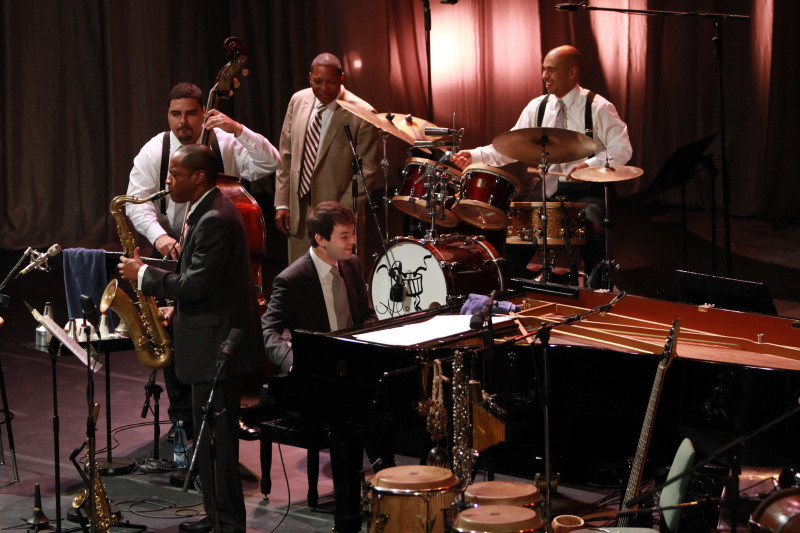 After Thursday’s concert at the Teatro Mella, Maraca invited us into his home for some authentic Cuban cuisine.
Maraca’s wife, Celine, moved to Havana from France. She is a most gracious host and laid out a spread that included a sea food casserole, Havana yard bird, black beans plantains and arroz, of course.
It was by far my best meal since arriving in Havana. Anyone who has been to France, however, knows how much the French embrace their culture above all others. Celine, being no different, demonstrated her frenchness by treating us all to some “home made chocolate mousse”…yes yes.
The American original Country Doctor, K Mask, joined us for the hang, as did the ubiquitous Luigi, Dan Pritzker, and my long-time steady manager Ed Arrendell.
The intellectual exchange was spirited and was elevated when Maraca broke out some 1966 cognac and some very fine red reserve.
At about 2AM Maraca and Celine took us to a local club where we jammed until 4AM and when we left the jam session one thing was absolutely clear….Nobody plays more flute than Maraca, NOBODY!