A Conversation with Wynton Marsalis and Drew Faust 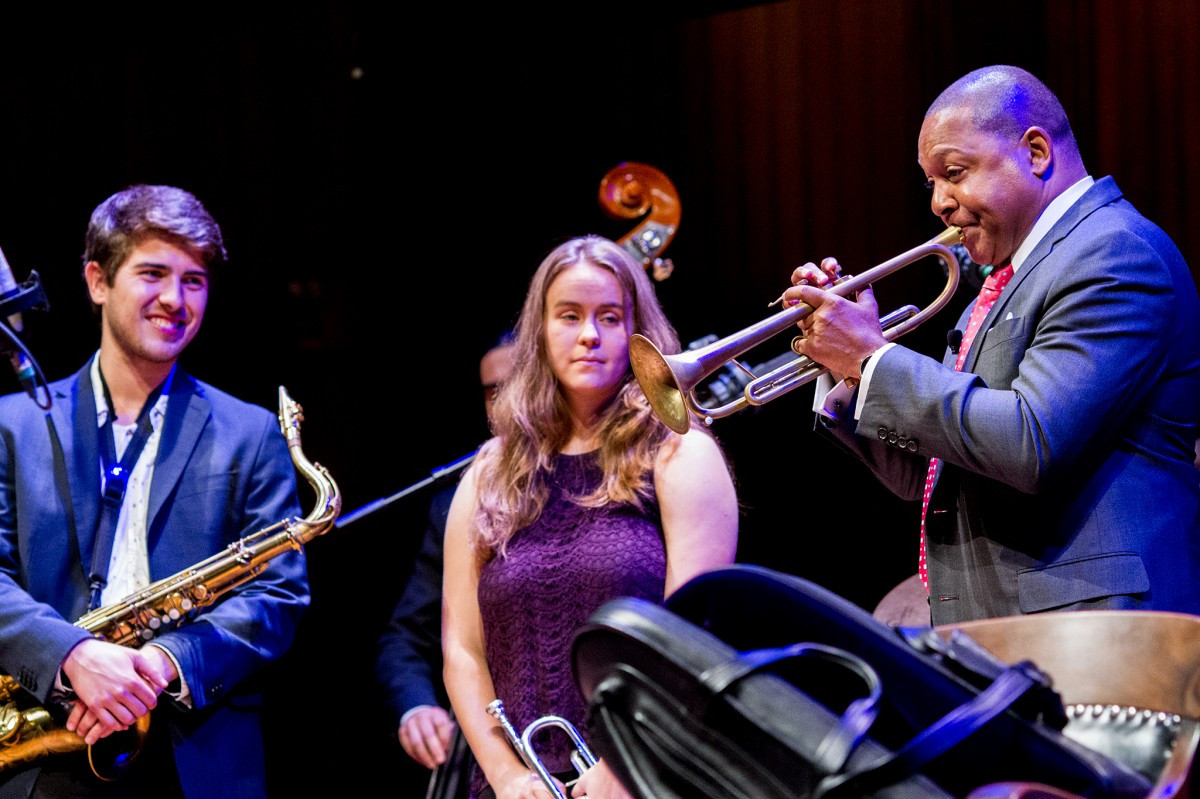 Wynton Marsalis improvised some blues with the Harvard Jazz Band before reflecting on the value of education for both the arts and society with University President Drew G. Faust in a crowded Sanders Theatre.
Marsalis was celebrating the video release of “Music as Metaphor”, the first in a series of six combined lectures and performances he gave at Harvard between 2011 and 2014.