The actor Ossie Davis was remembered yesterday with rousing eulogies by Harry Belafonte and Bill Clinton and a musical tribute by Wynton Marsalis in a service that lasted almost four hours and was described by several speakers as a state funeral for black America.

The prominent speakers also included Maya Angelou, Burt Reynolds and Alan Alda, who all hailed Mr. Davis for devoting his life to civil rights, and using his considerable talent to that end.
Thousands of mourners packed Riverside Church in Morningside Heights, Manhattan, to pay respects to Mr. Davis, who died on Feb. 4 at the age of 87.
Before Mr. Davis’s body was carried out of the church, followed by his widow, the actress Ruby Dee, Wynton Marsalis played a spiritual over the coffin and then walked up the aisle swinging. 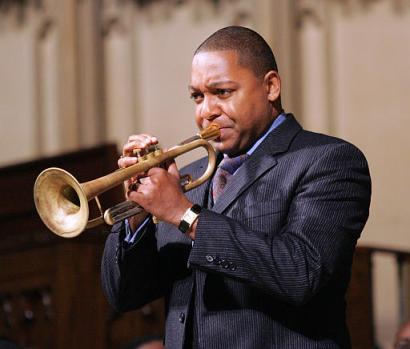