Country music legend Willie Nelson and Pulitzer Prize-winning jazz artist and Jazz at Lincoln Center Artistic Director Wynton Marsalis share more in common than their multiple GRAMMY® awards. They also share great respect and admiration for the late musical pioneer Ray Charles. In February 2009, Nelson and Marsalis joined musical forces for a two-night Jazz at Lincoln Center concert event at New York City’s Frederick P. Rose Hall, home of Jazz at Lincoln Center. Their set list explored the legacy of Charles, cleverly sequencing the songs to tell the story of a love affair from beginning to end and beyond. This fine idea was made finer by the inclusion of fellow multiple GRAMMY® winner Norah Jones, whose style suggests a middle ground between Nelson and Marsalis. The sold out performance was captured on video, and the resulting footage expertly edited for the brand new DVD, WILLIE NELSON AND WYNTON MARSALIS PLAY THE MUSIC OF RAY CHARLES.

In addition to 90 minutes of exemplary, soul stirring music, both the DVD and Blu-ray versions of WILLIE NELSON AND WYNTON MARSALIS PLAY THE MUSIC OF RAY CHARLES feature All Access, a new documentary comprised of interviews with Marsalis, Nelson and Jones as they share thoughts and anecdotes about the Jazz at Lincoln Center concert. A musical photo gallery takes the viewer on a remarkable journey through the two-night event, including never-before-seen rehearsal footage, and set to the artists’ phenomenal rendition of Charles’ “What’d I Say.”

Prior to the DVD release, cinema audiences will have a chance to enjoy the concert on the big screen in High Defintion and full surround sound. DigiScreen will release WILLIE NELSON AND WYNTON MARSALIS PLAY THE MUSIC OF RAY CHARLES starting October 15th. at select cinemas in North America, Europe and the United Kingdom. Visit www.digiscreen.ca to find participating cinemas in your area. 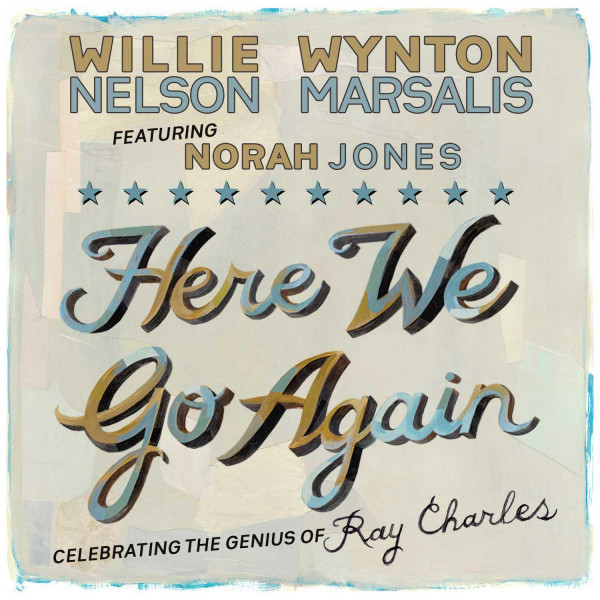