AT 38, Wynton Marsalis is the most respected trumpet player in jazz. He’s also the most honored. A multi-Grammy winner and artistic director of the Lincoln Center Jazz Program, he’s even won a Pulitzer — in 1997 he was given the prize for his composition “Blood on the Fields,” which addressed racism in the United States.

Some critics have accused him of being a jazz snob and a musical elitist. Speaking from his home in Manhattan, Marsalis came across as gentle and soft-spoken but steadfast in his convictions.

His most recent release is “Live at the Village Vanguard,” a seven-disc collection gleaned from his appearances at that club during the 1990s. This week Marsalis is back, blowing brass at the Vanguard through Sunday.

Post: Most young people think jazz is old and out-of-date. Why?

Marsalis: In the age of the sound bite, you often only have a minute or seconds to make an impression. And what something actually is can get lost in a situation like that.

Marsalis: With the advent of videos, how somebody looks is more important than if they can play music or not. Musicianship isn’t at the top of the ladder anymore.

Post: Jazz also seems to demand a bigger investment of time than pop. Your song “In the Sweet Embrace of Life” is 55 minutes long. You can’t do that on MTV.

Marsalis: You’re right. When you make a piece of music like that, you know there’s going to be a limited audience. You do a piece like that because you have to, it comes to you, you hear it, you play it. It isn’t commercial.

Marsalis: You don’t need music education to listen to any kind of music. You just need a willingness to hear it. The problem is if you already have a perception, like that jazz is hard to understand. It’s a prejudice that you have to overcome before you start to hear.

Marsalis: By listening. Throughout my entire career, after people have listened they say, “I didn’t know you were like that” or “I didn’t know that’s what jazz was.”

Post: Some say you have tried to make jazz the modern classical music. True?

Marsalis: I’ve never tried to do that. I’m from New Orleans. All I ever tried to do is play it. We don’t need a concert hall for jazz. I’ve played in stadiums with rock bands, with symphony orchestras, in clubs, in restaurants, at dances and even at picnics.

Post: How do you respond to critics who call you a jazz snob?

Marsalis: I’ve been painted and branded that way, but I’m not. I just consider myself to be lucky to be able to have played music all these years, and to have had all the support I’ve had.

Post: And what about charges that the music itself is elitist?

Marsalis: It isn’t. It’s people’s music. That’s how it was conceived. I mean, you can’t get more down-home than Louis Armstrong, Jelly Roll Morton or Charlie Parker. I tell people all the time, “Don’t analyze it, just listen.”

Post: What do you say to other musicians about playing jazz?

Marsalis: To learn how to play the music better. The one thing about jazz is that it is difficult to play well. A lot of what you hear in jazz is just OK. It’s not on the level it has to be for the public to be really interested in it.

Post: But that’s not a problem in rock and rap.

Marsalis: The problem in those genres is they don’t have the vocabulary.

Marsalis: We need a certain vocabulary to have the conversation we’re having now. The greater our vocabulary, the deeper our interaction can be, the more feeling we can express about the subjects we’re discussing. It’s the same with music.

Marsalis: Yes. It has a grammar. It has vocabulary. As an example, take a baby. It learns how to speak by figuring out the song of language through gurgling and babbling. After babies get that song together, they start to insert words, they learn timing and phrasing.

Post: How do members of a jazz group communicate with each other?

Marsalis: That’s one of the great things about jazz — it allows every musician in the group to say what they have to say and then step out of the way for another player when they have something to add.

Post: When you were 6 years old, legendary trumpeter Al Hirt gave you your first horn. Have you ever given a horn to a kid?

Marsalis: Man, I’ve given hundreds of horns to kids. There’s nothing I love to do more than give a kid a horn.

Post: What will happen to music in the 21st century?

Marsalis: Violent expression is going to pass away. It’ll be replaced with elegance and sophistication. Music is going to be less loud.

Post: Fans won’t have to wear ear plugs at concerts?

Marsalis: I tell musicians all the time: Play softer.

Marsalis: It is a noble instrument. It’s strong. It’s a heralding instrument. It can croon, sing and be sweet, but fire can come out of it, too.

Post: What advice do you have to give to young players?

Post: Is there too much posing in music today?

Marsalis: Let me put it this way: If a basketball player played ball the way some of these people play music, he’d be laughed off the court. We should be asking, “Why is the level of musicianship being offered to kids so low? Why is it so crass, so vulgar?” 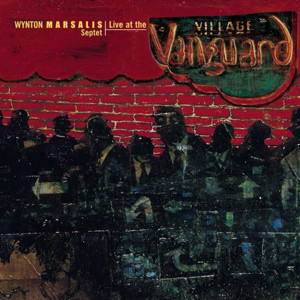