The Gold Medal of Vitoria

Welcome to Monterhomoso. Welcome to the capital of the Basque country and to its medieval quarter. Today we are going to pay the utmost tribute that a city can make to a person who has the goodness to spread the name of Vitoria-Gasteiz around the world, with the help of one of the most beautiful expressions that human beings possess: that of creativity converted into music. And we do this by awarding the city’s Gold Medal – our most coveted distinction. We have chosen this vestibule because it is the most noble place in which we are to perform a ritual for which all words are superfluous, and where all we can do is express our admiration and affection.

As you all know, the Vitoria-Gasteiz city council in representation of all who live here, unanimously decided to award the city’s gold medal to Mr. Wynton Marsalis. I am not going to list all the merits that during his lifetime have made him undeniably worthy of this distinction. But I do want to concentrate on one of them: the gift that he gave us when he composed the Vitoria Suite. The Vitoria Suite is a piece based on the sensations that we have inspired in Wynton Marsalis. And so, thanks to his music, part of us has become universal and, in the same way as the genius of its composer, will last over time. He took inspiration from our food, streets, promenades and parks and, of course, from the affection that Inaki Anua, as exceptional host for both jazz music and Wynton, has been able to transmit.

Wynton Marsalis has received all kinds of distinctions as a person, a musician, a representative of his country and as an exceptional trumpet-player. But today we offer you this distinction as a show of affection and fondness. And with it we, the people of Vitoria, want to show you that we love and appreciate you for your music, creativity and imagination, but above all, for the affection that you show us.

We are tremendously proud that the Vitoria Suite shows our city off around the world through those who most appreciate good music, but what we are most moved by is the fact that you mention Vitoria-Gasteiz in your concerts. And for this reason I want you to know that any person who comes to visit Vitoria, thanks to your music, will get special treatment in the same way that we try to treat you. In reality, this medal should be a ring because above all it symbolizes the eternal union between you, your work and our city.

It is an honor for me to be the Mayor who awards you this medal, but above all it gives me great pleasure to do so, not representing the institution – the city council – but the feelings of thousands of people in Vitoria who, together with me, want to represent and symbolize our deepest affection, thanks and admiration. 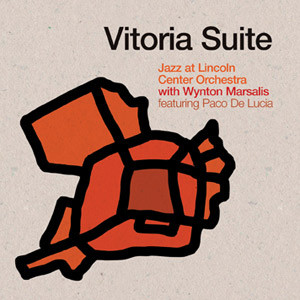