An Epic History of Black Experience, in Music and Movement

Wednesday night at Jazz at Lincoln Center’s Rose Theater, Wynton and his septet played live for a lovely revival of the first collaboration with coreographer Garth Fagan, “Griot New York,” first seen on 1991 at the Brooklyn Academy of Music.
Here is a review of the evening on the New York Times:

Garth Fagan and Wynton Marsalis have been friends for more than 20 years, and since 1991 have collaborated frequently. Wednesday night at Jazz at Lincoln Center’s Rose Theater, to open a run through Sunday of Garth Fagan Dance, Mr. Marsalis and his septet played live for a lovely revival of their first collaboration, “Griot New York,” first seen at the Brooklyn Academy of Music.

Mr. Fagan’s two other programs this week will no doubt be lively, but the excellence of “Griot New York” and the participation of Mr. Marsalis made you regret that Wednesday’s performance was a one-shot. Maybe they can revive it for a run sometime.

This is probably Mr. Fagan’s best-known work, partly because of its sheer quality, partly because of its easy excerptability on Fagan programs ever since (excerpts can be seen tomorrow night and Sunday afternoon) and partly because of Mr. Marsalis’s sterling “two-CD recording of the score, called Citi Movement." Martin Puryear’s African-inspired sculptural set pieces, some evocative (the stairway to heaven) and others a little odd (a melted spatula or hoe), completed the collaboration.

I didn’t see the piece in 1991, but it is hard to imagine that it was better done than it was on Wednesday. There is continuity: Norwood Pennewell is back as the male half of the lead dancing couple, and Mr. Marsalis’s current septet includes two musicians from the recording besides himself.

But the dance company now is full of spirit and skill and beautiful bodies, not least the highly muscled one of Nicolette Depass, the other half of the lead couple. And Mr. Marsalis and his musicians are just sovereign. Playing invisibly (from the ground floor, at least) in the pit, they conjure a heady blend of witty composition, casually virtuosic improvisation (not all that much, you suspect, given the need for the dancers to know what they’re dancing to) and superb individual skill. They even threw in Juba’s riff from Mr. Marsalis’s “Blood on the Fields,” maybe to fill time before the dancers were ready.

Like “Blood on the Fields,” “Griot New York” is an epic history of black experience – in the city, not the nation. It is not a didactic one. The discrete sections depict different eras in the city’s life, not always exclusively black, through all manner of dance. There is ballet-based movement; every kind of social dance, old and new; African dance; Caribbean dance; jazz dance; Broadway strutting; and, of course, the endless varieties of “modern dance,” meaning barefoot movement in often brightly colored unitards and leotards. At one point, with bent-over bodies and arched arms parallel to the floor, there even seems to be a homage to Alvin Ailey’s “Revelations.”

Blacks suffered throughout New York’s history, but “Griot New York” is a joyful work; even the scary bits, like a scene in bedlam called “The Disenfranchised,” is beautiful. There is no onstage griot, or African storyteller. Mr. Fagan and Mr. Marsalis are their own griots, and the story they tell is inspiring. 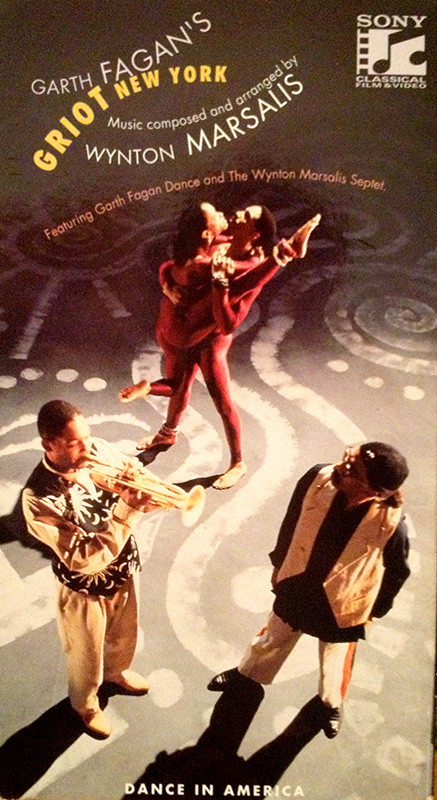