New York, NY (March 11, 2020) – Wilt Chamberlain, Paul Pierce, Lynette Woodard, and Jo Jo White are among the University of Kansas basketball legends honored on Blue Engine Records’s Rock Chalk Suite by the Jazz at Lincoln Center Orchestra with Wynton Marsalis. Commissioned to celebrate the 25th anniversary of the Lied Center of Kansas—the University of Kansas’s (KU) performing arts center—each of the suite’s high-flying 15 movements takes inspiration from a different KU hoops legend. The CD for Rock Chalk Suite can now be pre-ordered exclusively from the Lied Center of Kansas at lied.ku.edu/rockchalk. The full digital album will be available on March 20, 2020 at jazz.org/rockchalk

It’s been said that basketball is like jazz, but Rock Chalk Suite takes the comparison to another level entirely—utilizing the Jazz at Lincoln Center Orchestra’s full roster to honor KU’s rich athletic heritage, as well as its cultural contributions to the world. As Jazz at Lincoln Center’s Managing and Artistic Director Wynton Marsalis says, both basketball and jazz “reward improvisation and split-second decision making against the pressure of time.”

Derek Kwan, the Lied Center’s Executive Director, says, “As we prepared to celebrate the Lied Center’s 25th anniversary throughout the 2018–2019 season, our goal was to commission a new work that would create an indelible sense of community. There is no question that this project, built upon the foundation of great jazz music, has created a stronger sense of community in Kansas, in New York City, and for all of Jayhawk nation.”

Rock Chalk Suite—named for KU’s Rock Chalk Jayhawk cheer which dates back to 1886—is a timeless tribute to the spirit of improvisation, both on and off the hardwood.

(*) Indicates substitute orchestra members
(†) Did not perform on this recording 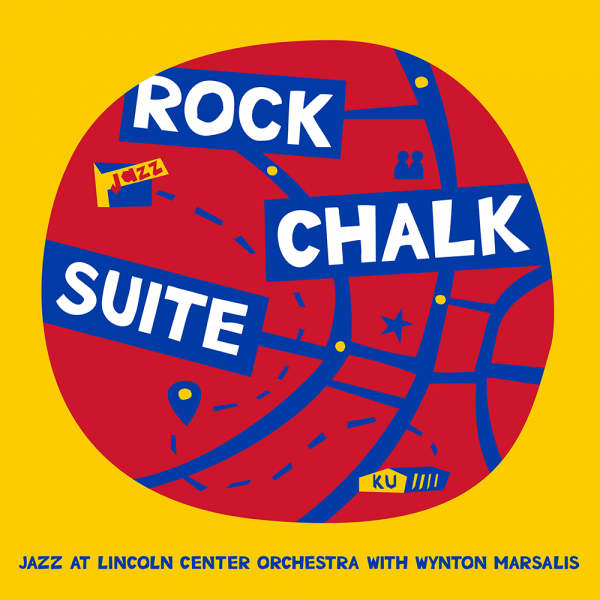