Childhood favorites get the big band treatment on Jazz for Kids with a playful reimagining by the Jazz at Lincoln Center Orchestra with Wynton Marsalis. Classics like “Old MacDonald,” “Itsy Bitsy Spider,” and “Pop Goes the Weasel” come to life as never before with versions sure to have the whole family bopping along.
Jazz for Kids also features The Today Show’s Hoda Kotb delivering a warm rendition of beloved nursery song “Wheels On The Bus,” reworked with a sophisticated arrangement that will delight children and kids at heart alike. Just as it’s never too late to find your inner child, it’s never too early to swing! 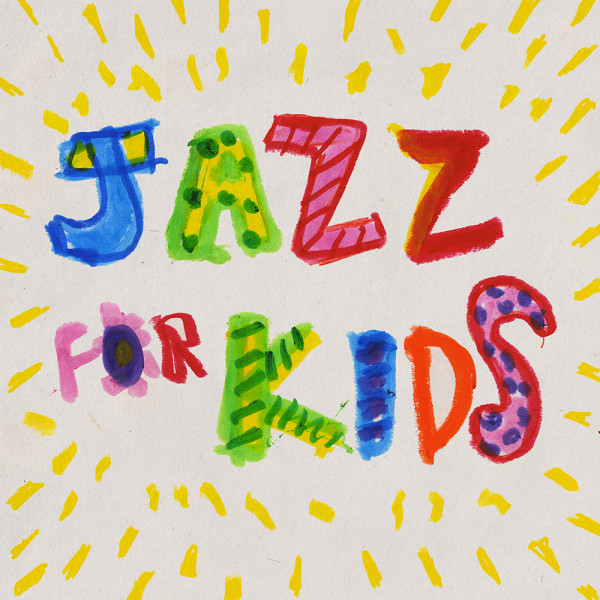 ‘‘‘Man, you have GOT to check out that version of ‘Baa Baa Black Sheep!’’’

I laughed out loud listening to this album seven times within just the first three songs. This music is hilarious, adventurous, and playful. The arrangements are creative and clever, and listening to it is fun.

I knew I was in for a treat within the first seconds of the first song, when I realized that, while it sounded like a brass section was introducing “Baa Baa Black Sheep,” what we’re really hearing is a bleating herd of sheep.

As soon as the bass enters and settles into its steady, mysterious strut, I found myself, as I never had before, actually interested in that 17th-century English nursery rhyme. Just how did those three bags of wool get full?

While “Baa Baa Black Sheep” sounded life-like, “Old MacDonald” (1925) and “Pop Goes the Weasel” (1852) bring to life the uniquely ebullient, driving feeling that can only be brought to a melody through jazz.

It’s a refreshing reminder to hear how these arrangements can turn a seemingly plain, ordinary, and extremely familiar melody into a surprising, joyous, uplifting delight.
I love that my first reaction to “Itsy Bitsy Spider” was not a technical analysis of the alternating intervals shared by the bass clarinet and flute, but rather, a very real image of a kid—think Eddie Murphy in Delirious—taunting his buddy at the ice cream truck. That struggle to make it up the water spout? It’s real. In fact, when first published in 1910, the words “blooming” and “bloody” took the place of “itsy” and “bitsy.”

The uplifting swing of “I Like to Take My Time” reminds me of that which originally made me fall in love with jazz: the irresistible ways in which melodies I already knew could be interpreted.

As I finished listening to this arrangement of the Fred Rogers classic, I was left wondering, for the very first time, why this song wasn’t considered a standard.
Same with “It Ain’t Easy Being Green”: the full, lush arrangement here brings new perspective and meaning to the song’s powerful, self-redemptive lyrics.

Two Muppets songs serve as reminders that unique musicians and good music are timeless. “Mah Nà Mah Nà” becomes a swinging nod to the late, great Slam Stewart, who often hummed along to his own basslines. And Ernie’s nod to his favorite toy, “Rubber Duckie,” becomes our tour guide of sorts through jazz history, from the speakeasy to the supper club to the concert hall and back.

Elsewhere, the joyful, celebratory samba treatment given to “La Cucaracha” belies the political weight the song carried during the Mexican Revolution. The song becomes a tribute to that great Johnny Griffin adage, “Jazz is music made by and for people who have chosen to feel good in spite of conditions.”

Jazz for Kids is a perfect representation of another timeless adage: “jazz is life.” There is seriousness in the fun, and there is joy in the seriousness. Music is at its most powerful when it makes one feel connected with the past, and Jazz for Kids breathes new life into songs we think we’ve known forever. It shows how jazz can elevate even the most minuscule events in life. Jazz for Kids takes simple folk songs and nursery rhymes and turns them into something that you never saw coming.

7. It Ain’t Easy Being Green

The mission of Jazz at Lincoln Center is to entertain, enrich, and expand a global community for jazz through performance, education, and advocacy.
jazz.org
blueenginerecords.org