Home» Discography» In this House, On This Morning (DVD)

In this House, On This Morning (DVD)

The audience caught fire when the Wynton Marsalis Septet premiered this full scale suite, at a gala concert in Lincoln Center’s Avery Fisher Hall on May 27, 1992. Wynton structured the composition to follow the form of many African-American church services, which have twelve parts, just like the blues. It charts a journey of hope, failing, and redemption, from a Sunday sunrise “Devotional” and “Call to Prayer” to “Pot Blessed Dinner,” the always delicious home cooked meal immediately following the service. Give it a listen, and you’ll likely agree with the opening night audience, that Wynton took that preacher’s advice to heart – “Start low, go slow; reach a little higher, catch on fire!” 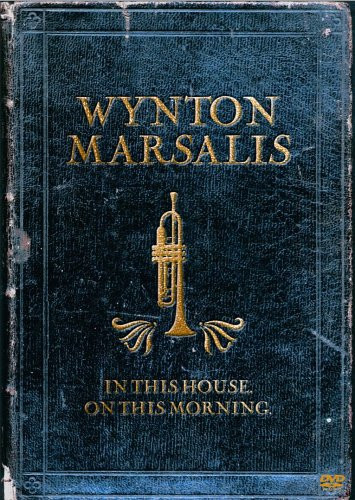 Wynton Marsalis is one of the true musical legends of our time. With his arrival on the music scene in 1982 as a teenager , this trumpet prodigy displayed an ease with both jazz and classical music. Since that time, Marsalis almost single-handedly initiated a revival in mainstream jazz among younger musicians. In 1997 he won the Pulitzer Prize in music, a first for a jazz musician.

In “In This House, On This Morning” Wynton Marsalis takes his music to a whole new level of creativity.
Following the structure of an African-American church service, Marsalis and his talented Septet delve into numbers that reflect a profound connection between the religious experience and a musical one. At once spiritual and upbeat, then sedative and inspired, this compilation is can extraordinary musical performance like no other.