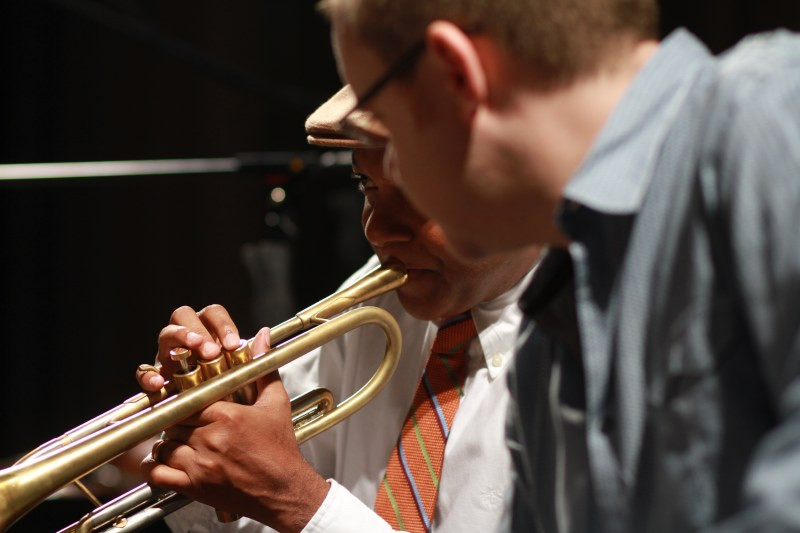 Wednesday in Havana was busy and rewarding. It started with an interview with the “60 Minutes” crew for a segment they’re developing on Jazz at Lincoln Center.
Following the interview we visited the Guillermo Tomàs Bouffaratigue Music Conservatory in Guanabacoa where we enjoyed a series of wonderful performances by the school’s very talented student body.
Then we were off to rehearse with Chucho Valdes to prepare for tonight’s concert at Teatro Mella. Chucho and his ensemble were killin and several cuban percussionists and a vocalist added season spice to the big band’s swing.